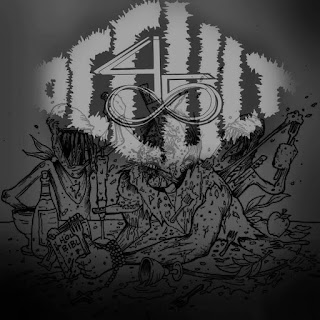 Their  side  of  the  split  starts  out  with  a  very  heavy,  melodic  and  old  school  crust/grindcore  sound  and  a  few  seconds  alter  aggressive  vocals  are  added  into  the  music  bringing  in  a  thrash  and  crust  feeling  while  the  melodies  have a  post  hardcore  feeling  at  times  along  with  guitar  solos  and  leads  being  utilized,  their  production  sounds  very  professional  while  the  lyrics  cover  violent  and  hateful  themes.