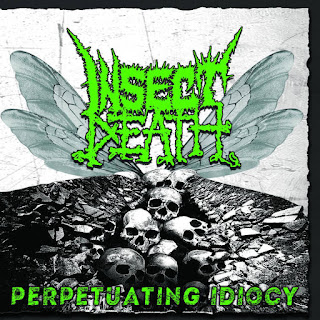 Insect  Death  plays  a  musical  style  that  is  mostly  rooted  in  grindcore  while  some  crust,  d  beat  and  punk  elements  can  be  heard  at  times,  the  production  sounds  very  professional  while  the  lyrics  cover  violent,  hateful  and  real  life  themes. 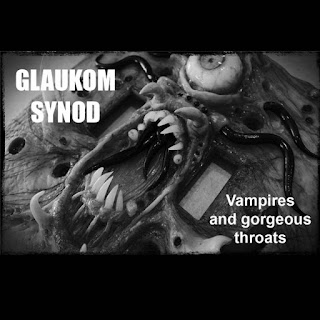 Industrial  sounds  start  off  the  ep  along  with  some  noises  and  electronic  music  elements  and  a  great  amount  of  programmed  beats along  with  traces of  ebm  and  breakcore  are  a  very  huge  part  of  the  recording  and  most  of  the  tracks  are  very  short  in  length  and  after  awhile  the  music  starts  mixing  in  more  extreme  metal  styles.

You  can  hear  traces  of  black,  death  metal,  grind  and  noisecore  quite  a  bit  throughout  the  recording  while  the  songs  are  still  more  electronic  based  and  samples  can  also  be  heard  at  times  and  the  music  is  very  heavily rooted  in  old  school   industrial  and  no  tradition  musical  instruments  are  ever  utilized  on  this  recording.

Glaukom  Synod  plays  a  musical  style  that  is  mostly rooted  in  industrial  but  also  adds  in  influences  from  black,  death  metal,  grind  and  noisecore  to  create  a  sound  of  their  own  and  the  production  sounds  very  powerful.

Posted by OccultBlackMetal at 4:52 PM No comments: 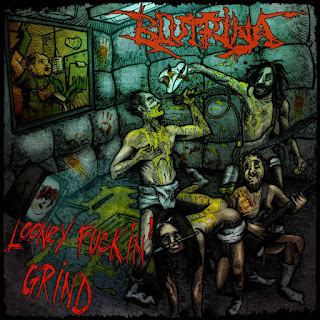 Blutrina  plays  a  musical  style  that  is  mostly  rooted  in  grindcore  while  also  mixing  in  elments  of  rock, black, death metal  and  deathcore  to  create  a  sound  of t heir  own,  the  production  sounds  very  professional  while  the  lyrics  cover  humorous,  cartoons,  violent  and  perverted  themes. 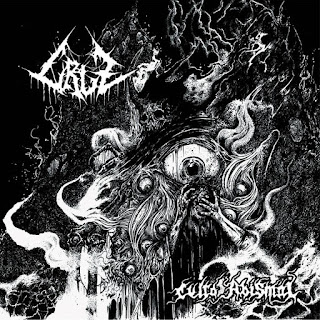 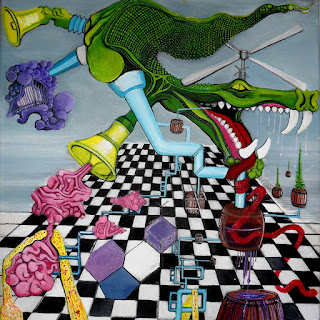 1.Can you give us an update on what has been gong on with the band since the recording of the new album?

One of our vocalists did quit the band and We are 4 piece now. Also gotta new guitarist. We played few gigs and been writing new tracks which are an amalgamation of grind, punk and crust.

2.You have a new album coming out in November, how would you describe the musical sound that is presented on the recording and also how does it differ from the stuff you have released in the past?

We got no boundaries. We just compose what we think at that moment. Its always been the mixture of grind and punk.

Newer music covers topics like how corporate fucks are euphoric being about slaves , some random stuff etc.

4.What is the meaning and inspiration behind the name 'Grossty'?

Its gross + nasty. We just randomly came up with that name.

We enjoyed all of our gigs that we played. Some of the normal stuff includes crazy mosh, hardcore jumps, incoherent dance, mass wanking session etc.

6.Do you have any touring or show plans once the new album is released?

Zilch as of now.

7.You have also been a part of a few splits, can you tell us a little bit more about the band you had worked with on this recordings?

Couple of splits if we recall it right. Few local bands like Anorectal Ulceration etc and Gorganized which is a foreign act.

8.On a worldwide level how has the feedback been to your music by fans of crust and grindcore? 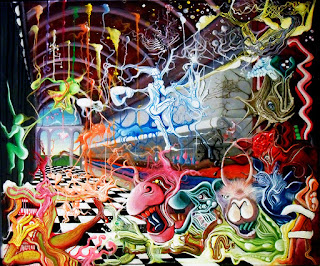 Posted by OccultBlackMetal at 7:15 PM No comments: 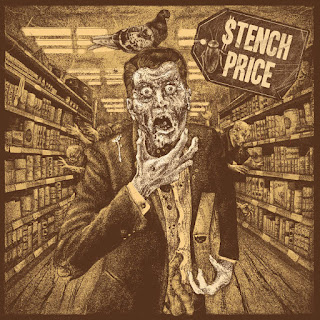 Stench  Price  are  an  international  band  with  members  from  Necrophagist,  Kamlath,  Brutal  Truth,  Paganizer,  Cynic,  Hail  Of  Bullets,  High  Tension  and  Child  Bite  that  plays  an  avant  garde from  of grindcore  and  this  is  a  review  of  their  self titled  2016  album  which  will  be  released  in  November  by  Transcending  Obscurity  Records. 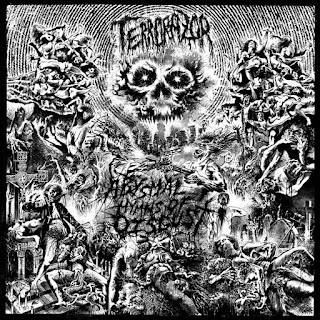 A  very  distorted  sound  starts  off  the  album  before  going  into  a  heavier  direction  along  with  all  of  the  musical  instruments  sounding  very  powerful  and  after  awhile  death  metal  growls  are  added  onto  the  recording  and  when  the  music  speeds  up  it  goes  into  more  of  a  grindcore  direction  along  with  a  great  amount  of  blast  beats.

Terrorazor  plays  a  musical  style  that  is  very  heavily  rooted  in the  old  school  style  of  grindcore  while  also  mixing  in  elements  of  crust  and  death  metal  to  create  their  own  sound,  the  production  sounds  very  professional  while  the  lyrics  cover  dark  and violent  themes. 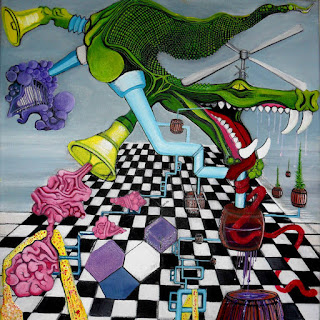 A  very  heavy  and  brutal  crustcore  sound  starts  off  the  album  along  with  some  aggressive  vocals  as  well  as  speeding  up  and  incorporating  more  grindcore  elements,  high  pitched  screams,  brutal  blast  beats  and  death  metal  growls  and  you  can  also h ear  all  of  the  musical  instruments  that  are  present  on  the  recording.

Grossty  plays  a  musical  style  that  takes  crust  punk  and  grindcore  and  mixes  them  together  to  create  a  sound  of  their  own,  the  production  sounds  very  professional while  the  lyrics  cover  violent  and  humorous  themes.