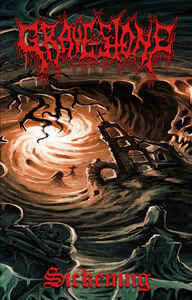 A  few seconds  of  horror  movie  style  keyboards  start  off  the  album  before  going  into  a  heavier direction  which  also  introduces  melodic  guitar  leads  onto  the  recording  while  all  of  the  musical  instruments  having  a  very  powerful sound  to  them  along  with  some  elements  of  d  beat  and  punk. 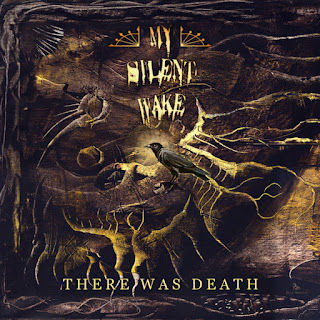 Keyboards  and  dark  yet  melodic doom  metal  riffing  starts  off  the  album  while  clean  playing  can  also  be  heard in  certain  sections  of  the  recording  along  with  some  goth  elements  and  most  of  the  tracks  are  very  long  and  epic  in  length  as  well  as  the  vocals  being  mostly death  metal  growls  and  screams.

On  this  recording  My  Silent  Wake  moves  away  from t he  experimental  style  of  their  last  release  and return  back  to  a  more  atmospheric  and  gothic  doom/death  metal  direction, t he  production  sounds  very  professional  while  the  lyrics  cover  faith,  loss  of  faith,  fear  and  despair  themes.

2.How would you describe the musical sound that is presented on the recordings?

We were heavily influenced by Napalm Death old and new, Impetigo and early Nirvana on our new EP 'Forced To Eat From The Apple Tree' we recorded it live to get that dirty repulsive raw sound and we wanted to combine the intensity of grindcore with old school death metal and the sludgyness and sound of early grunge in there too especially with the track 'Blue, White and Black Flowers'

4.What is the meaning and inspiration behind the name 'Wardomized'?

Best shows for us have to be that time we played with Gama Bomb at in Belfast, our shows around Belfast promoting our new release and over in Basque Country when we played Bilbao Deathfest 3 and a show in Vitoria

We are hitting France and Belguim for a tour in January actually so early start for us next year! also planning a European tour in April with our friends UK Grindcore band Boycott the Baptist

7.Currently you are unsigned, are you looking for a label or have received any interest?

8.On a worldwide level how has the feedback been to your music by fans of extreme metal and grindcore?

We got a great recpetion from 'Forced To Eat From The Apple Tree' I would say its the best we have done, our previous release 'Red Death Flows Through My Veins'  before that we liked but wasnt perfect it helped us relaunch the band with the new line up but we really found our sound on the new release and the tours are getting more regular and exposure so its been all good for us

9.What is going on with some of the other bands or musical projects these days that some of the band members are a part of?

10.When can we expect a full length album and also where do you see the band heading into musically during the future?

Probably after summer next year maybe if we get enough time to write inbetween shows, either that or late next year will want to heave it out before 2018, we have a split coming soon with Disconnect and Shrapnel Meat too, We are going to continue where 'Forced To Eat From The Apple Tree' left off intense angry as all hell grindcore mixed with old school angry grunge

11.What are some of the bands or musical styles that have had an influence on your music and also what are you listening to nowadays?

12.What are some of your non musical interests?

We like to party hard and play Road Rash and Sonic

13.Before we wrap up this interview, do you have any final words or thoughts?

Forced To Eat From The Apple Tree is out now on bandcamp, youtube and is coming to spotify and more soon! Grindcore scene worldwide we are coming for you!
Posted by OccultBlackMetal at 4:48 PM No comments: