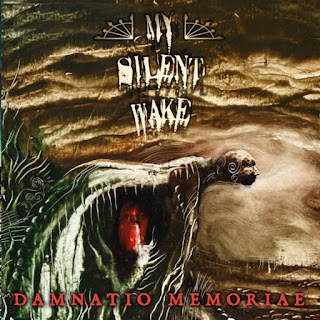 A very  dark  and  distorted  sound  starts out  the  album  before  going  into  a  more  dark,  melodic  and  heavy  doom  metal  direction  as  well as  introducing  growls and  screams  onto  the  recording  and the songs  also  mix  both  the  heavy  and  atmospheric  parts  together  and  when  solos  and  leads  are  utilized  they  are  in  a  very  melodic  musical  direction.

Posted by OccultBlackMetal at 10:12 PM