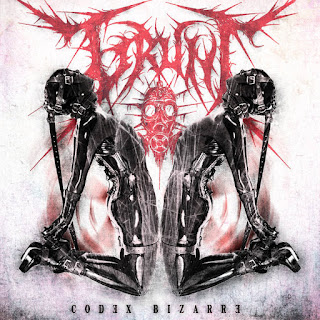 Dark  electronic  music  sounds  start  off  the  album  along  with  some  atmospheric  elements  which  also  leads  up  to  more  of  a  heavy  and  melodic  musical  direction  and  a  few  seconds  later  death  metla  growls  make  their  presence  known  on  the  recording  along  with  some  high  pitched  grindcore  screams  and  all  of  the  musical  instruments  sound  very  powerful.

Posted by OccultBlackMetal at 11:34 PM