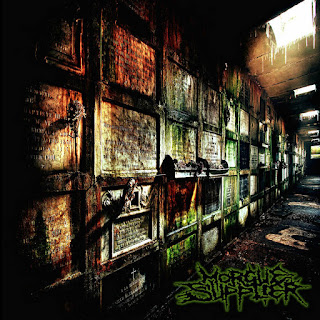 Morgue  Supplier  plays  a  musical  style t hat  takes  a  brutal,  progressive  and  technical  style  and  mixes  it  with  grindcore  and  a  touch  of  power  violence  to  create  a  style  of  their  own,  the  production  sounds  very  professional  while  the  lyrics  cover  insanity  and  death  themes.

Posted by OccultBlackMetal at 6:53 PM