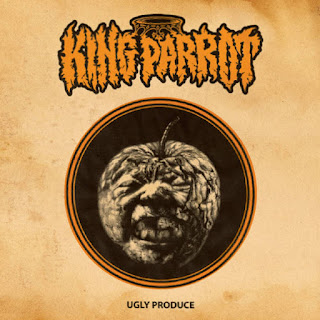 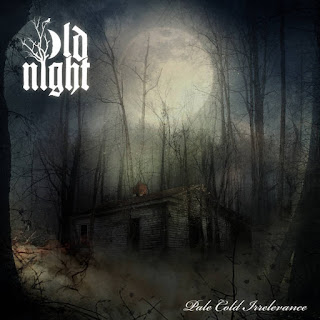 Old Night  plays  a  style  of  doom  metal t hat  is  very  atmospheric  while  also  mixing  in  elements  of  death  metal,  progressive  rock  and  blues  to  create  a  sound  of  their  own,  the  production  sounds  very  professional  while the  lyrics  cover  dark and depressive  themes. 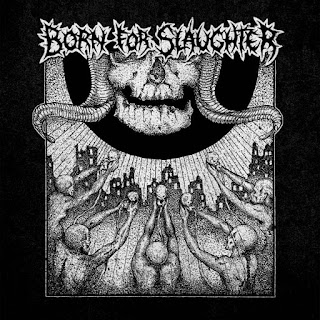 Posted by OccultBlackMetal at 6:37 PM No comments: 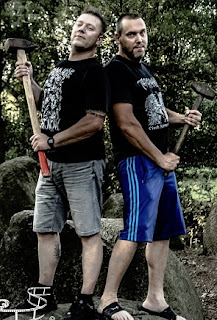 1.For those that have never heard of you before, can you tell us a little bit about the band?
SLEDGEHAMMER NOSEJOB was formed in Hoogeveen/Netherlands by Carl Assault and Fredde Kaddeth (me). Carl and I also play in the death metal band MASSIVE ASSAULT. Marco Prij (also in Distillator) is our drummer and Casper le Gras our bassplayer. With Sledgehammer Nosejob we released our debut full length album called Stop! Hammertime! on CD and LP this year.
Some little history that goes from a studio project to a live band: Sledgehammer Nosejob started in 2013 as studio project, we recorded all songs in my studio. we offered our demo songs for free downloads online. We also got attention from organizers who wanted us to play at their events. So this so called studio project was rolling into gigs in 2014. People from different areas where asking from the beginning if we would bring out CD's and vinyl. Together with DDR (Defying Danger Records) we realised the music carriers this year with our debut album "Stop! Hammertime!".


2.In January you had released your first album, how would you describe the musical sound that is presented on the recording?
The music we play is Death Metal, but some songs are pure rock & roll, and some songs we play are crust also some thrash.

3.What are some of the lyrical topics and subjects the band explores with the music?
Some songs have a lyrics about war and tragedy and conflicts, other songs are about dark thoughts and inner conflicts from a person’s view and some songs have a more amusing theme, the dark themes in our music is nothing new but a funny lyrics for example from Chainsaw Hank is about a person living the dream and being the best in TIMBERSPORTS / Lumberjack Competition sport. So the lyrics vary from dark themes to positive vibes.


5.On the albums there are only 2 members, are you open to expanding your line up or do you prefer to remain a duo?
On this moment Sledgehammer Nosejob is reduced to 1 member and all other members are session musicians.
Explanation!

Carl Assault is stepping back with Sledgehammer Nosejob, because he's also very active in most weekends with lyric videos and video shoots for a record label right now. To plan shows is getting more complex when a member has less time to play. We got shows offered we weren't able to do. This also means that Sledgehammer Nosejob is looking for a vocalist now. The album is released this year and doing live shows will also help promoting the release. That’s also fair to our record label, who invested time and money in Sledgehammer Nosejob. The idea for a expanding line up is not there yet. It worked for me to keep things simple where I had to compromise with Carl only. I must say that Carl and I had projects in the past and I always felt that we complement each other. It feels weird when Carl leaves Sledgehammer Nosejob. But I also wish him luck with this video job!
Carl and I are still in MASSIVE ASSAULT, so we will have our music and time in that band together.


6.What are some of the best shows that the band has played so far and also how would you describe your stage performance?
Protsen open air in Germany was great, from a long drive with traffic jams, we arrived 5 minutes before our ShowTime, there was no time for warming up. Marco our Drummer needs it normally but all went good.  We played a great show and I think many people where entertained. We were!
And another great show was on a birthday party in Berlin, It was full packed with more than 200 people, played with awesome bands and the atmosphere was awesome. For that show we travelled by train the day before. A little strange way to tour, but all was smooth. In our performance people can see that we enjoy to play. Energy and drive!

7.Do you have any touring or show plans for the future?
With the line-up change and auditions there is less visibility on long term plans.
But we have some shows on the short term on Berlin Swamp Fest 2017 on 15th September and on 14th October
Defying Danger Records Label Night

8.The album was released on 'Defying Danger Records', can you tell us a little bit more about this label?
It's a small underground label, and the good people behind it have good connections in the underground metal and grind scene.

9.On a worldwide level how has the feedback been to your music by fans of death metal, thrash and crust?
From many countries people were impressed with our music.
A lot of people where interested and asking for physical music carriers like CDs and LPs after we put our fist demo song online.

10.What is going on with Massive Assault these days?
Massive Assault released a third album on vinyl last July, and it will be released on CD in autumn.
We had a video shoot some weeks ago, and Carl is making a video clip now.
So expect some Massive Assault madness soon on YouTube also!

11.Where do you see the band heading into musically during the future?
I can't answer, with all this turbulence in this line-up now.

12.What are some of the bands or musical styles that have had an influence on your music and also what are you listening to nowadays?
With our album "Stop! Hammertime!" there is a rock, death metal, crust, thrash variety. Think of Obituary, Motorhead, Carnivore, Chuck Berry, Discharge
Nowadays i listen a lot of W.A.S.P. but also some old death metal albums, old Metallica, Pantera, Prong also Wolfbrigade. Sometimes New Wave.

13.What are some of your non musical interests?
Documentaries films from history to politics or science, carpentry, my girlfriend, I also love hanging out with my cats and dog and social time with friends.


14.Before we wrap up this interview, do you have any final words or thoughts?
Yes, I want to thank you for your interest in Sledgehammer Nosejob and this interview. For the people who don't know Sledgehammer Nosejob and our music. Check our BandCamp and Facebook and my recording studio Dirty Bird Productions. Cheers! https://www.facebook.com/SledgehammerNosejob/  https://sledgehammer-nosejob.bandcamp.com/
https://www.facebook.com/Dirty.Bird.Recording.Studio
Posted by OccultBlackMetal at 6:43 PM No comments: 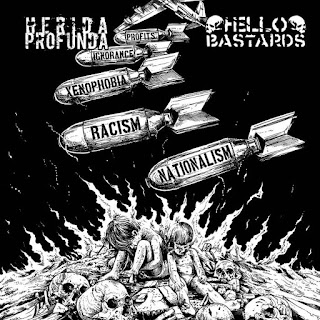 Their  side  of  the  split  starts  out  with  acoustic  guitar  playing  along  with  some  back  up  shouts and  screams  a  few  seconds  later  before  going  into  a  very  fast  and  aggressive  crust  punk  direction  while  also  adding  in  d  beats  and  angry  shouting  hardcore  style  vocals  along  with  a  few  blast  beats. 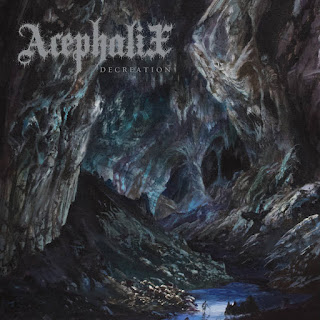 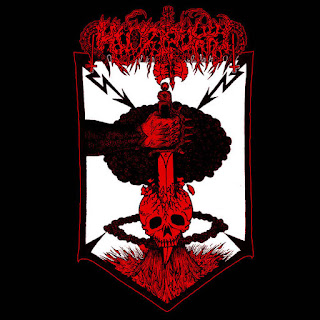 Huoripukki  plays  a  musical  style  that  takes  old  school  death  metal,  thrash  and  hardcore  and  mixes  them  together  to  create  a  sound  of  their  own,  the  production  sounds  very  raw  and  old  school  while  the  lyrics  are  writing  in  Finnish  and  cover  Satanism  themes. 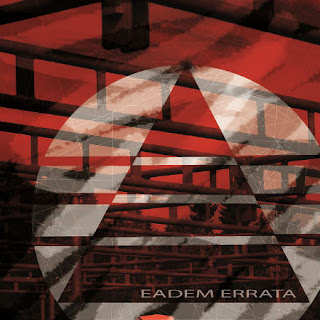 Rekoma  plays  a  musical  style  that  takes  goth,  death  and  traditional  metal  and  mixes  them  together  to  create  a  sound  of  their  own,  the  production  sounds  very  professional  while  the  lyrics  cover  grievances  themes. 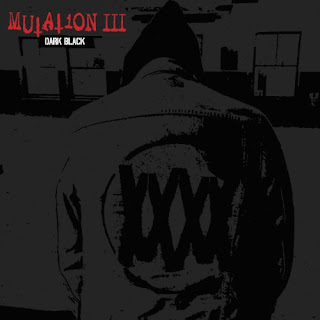 Spoken  word  samples  start  off  the  album  before  going  into  a  very  fast  and  brutal  grindcore  direction  which  also  utilizes  a  great  amount  of  blast  beats  and  high  pitched  screams  while  symphonic  elements  are  also  used  at  times  and  after  awhile  shouting  vocals  and  traces  of  electronic  music  are  added  onto  the  recording,.

Mutation  plays  a  musical  style  that  takes  harsh  noise,  experimental,  avant  garde,  industrial,  and  prog  metal  and  mixes  it  with  the  brutality  of  grindcore  to  create  something  very  original,  the production  sounds  very  professional  while  the  lyrics  cover  violent  and  angry  themes. 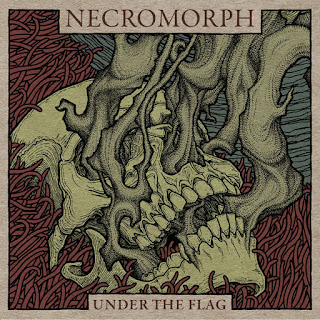 Necromorph  plays  a  musical  style  that  takes  death  metal,  crust  and  grindcore  and  mixes  them  together  to  create  a  sound  of  their  own,  the  production  sounds  very  professional  while  the  lyrics  are  written  in  a  mixture  of  English  and  German  and  cover  death,  gore  and  pain  themes. 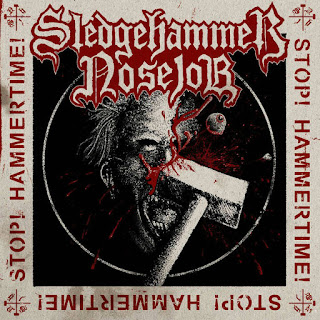 Sledgehammer  Nosejob  plays  a  musical  style  that  takes  death  metal,  thrash,  crust  punk  and  rock'nroll  and  mixes  them  together  to  create  a  sound  of  their  own,  the  production  sounds  very  professional  while  the  lyrics  cover  destruction  and  violence  themes.