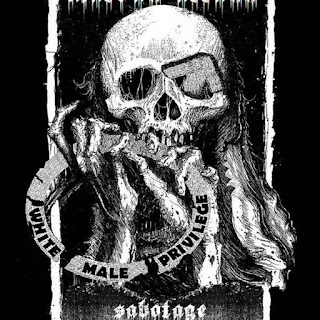 On  this  recording  MatraK  AttakK  remain  true  to  their  mixture  of  crust  and  anarcho  grind,  the  production  sounds  very  raw  and  heavy  while  the  lyrics  cover  angry,  anarchy  and  political  themes. 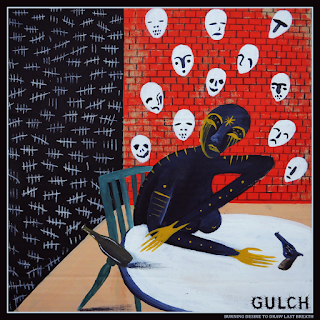 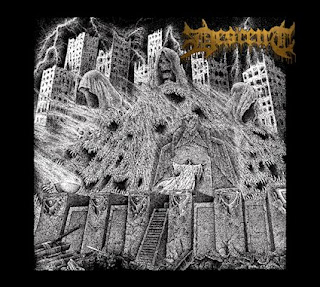 Descent  plays  a  musical  style  that  takes  old  school  death  metal,  grind  and  hardcore  punk  and  mixes  them  together  to  create  a  sound  of  their  own,  the  production  sounds  very  professional  while  the  lyrics  cover  dark  and  violent  themes. 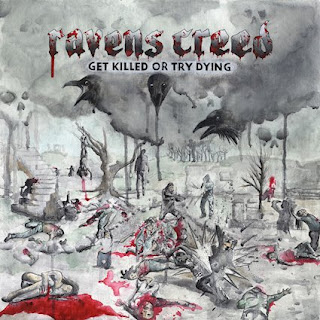 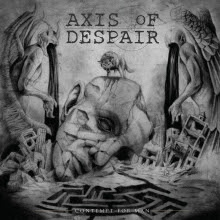 Axis  Of  Despair  creates  another  recording  that  remains  true  to  their  mixture  of  crust  and  grindcore,  the  production  sounds  very  professional  while  the  lyrics  are  written  in  a  mixture  of  Swedish  and  English  and  cover  violent,  angry  and  political  themes. 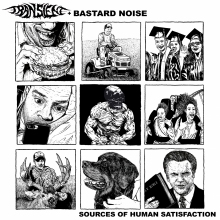 Transient  and  Bastard  Noise  creates  a  recording  that  takes  grindcore  and  harsh  noise  and  mixes  them  together  to  create  something  very  different,  the  production  sounds  very  professional  while  the  lyrics  cover  angry  themes.

1.Can you give us an update on what has been going on with the band since the recording and release of the new album?
The album has been released two months ago, and up to now, the feedbacks are mostly positive.  During this time, we kept on working on new songs and other projects, so nothing to complain I guess !

2.In May you had released a new album, what are some of the things you feel that you have done differently on this recording that you where not able to do on previous releases?
Since we started to work on this new album, we all knew that it would be different.  Of course, on the one hand it would be useless and meaningless to release a second From Illusion To Despair, but on the other hand the line up of the band has changed a bit, bringing another feeling to the music : slower tempos, less keyboards, more cello, and a different way to consider vocals.  This all brought this new album on a darker but also more progressive path.

3.This is your first album in 5 years, can you tell us a little bit more about what has been going on during that time frame?
You’re right, 5 years is quite a long time frame, but as we use to say : taking time does not mean losing time, and as you know, doomers don’t go fast. Beside the line-up changes and various live projects, we actually worked on many songs, even if we finally decided to feature only 4 of them on this new album. Hopefully you won’t have to wait 5 more years to hear new Fading Bliss songs.

4.What are some of the lyrical topics and subjects the band explores on the new release and also how would you describe your progress as songwriters over the years?
Working without deadlines grant us the opportunity to avoid urging things.  It’s a long working process that allows us to take some distance, to change things, and to make the music evolve with us.  Of course we have grown up as songwriters, but again, you need time to experiment things.
Concerning the lyrical topics of this new album, even if it’s not really conceptual, the recurrent theme is of course the solitude.  Solitude is the best way to confront your own self.  Put in other words, when you are left alone, when you’re feeling lost, who do you miss, or what do you need ?  We all need a guiding light, a safe haven to sail towards.  Somehow solitude can be challenging.

5.What is the meaning and inspiration behind the name 'Fading Bliss"?
Actually, the name Fading Bliss comes from one of the first cover versions we did back in 2009.  That song was Katatonia’s « Right Into The Bliss ».  And as you know, nothing lasts forever and mostly everything fades away.  So came the name Fading Bliss.

6.What are some of the best shows that the band has played over the years and also how would you describe your stage performance?
We have had the opportunity to play in The Netherlands, Belgium, France, Romania, Bulgaria… It’s hard to say which show was the best or the most enjoyable one. The Doom Over Bucarest was a great event, with one of the widest audience.  But the Little Devil Doom Days was a great moment too !
On stage, we try to stay focused on the music, with dim lights, and very slow moves.  It’s a doom show you know : it has to be massive, solemn, powerful and not disturbed by gimmicks.

7.Do you have any touring or show plans for the new album?
Since we are currently working on new songs, we have only booked 3 shows : the 4th edition of From Dusk Till Doom, In Belgium, on October 6th ; a show in France on November 11th ; and the second edition of the Haunting The Castle Festival, on March 2nd, 2019.  We’ll try to play live more often in 2019 by the way.  So if someone is interested, please get in touch !

8.On a worldwide level how has the reaction been to your newer music by fans of goth , doom and death metal?
We are really lucky because Malpermesita has a very good distribution network, including the USA.  So right now, the album is available nearly everywhere, and the online mailorders complete the availability. Up to now, the feedback from the doom and doom / death scene is really great and encourageing. But we also got some nice words from people from outside our beloved doom scene.  I take this opportunity to thank them all !

9.Where do you see the band heading into musically during the future ?
I don’t think we shall change drastically our music style.  We really love what we are doing.  As we are speaking, the next album takes shape, and referring to what I know, two long tracks are already finished.  Once again the musical direction is a bit different, maybe with a stronger old school feeling and some really catchy parts.  It’s too early to have a clear and global view, but let’s say it’s promising.

10.What are some of the bands or musical styles that have had an influence on your music and also what are you listening to nowadays?
Our music is deeply rooted in the early 90’s gothic / doom scene, with bands like Paradise Lost, My Dying Bride, Anathema, Tiamat, Katatonia, Theatre Of Tragedy, The Gathering, and alikes.
Nowadays, I’m listening mostly black, doom and death metal.  To name but a few, the last albums of Ophis, Faal, Old Night, Winterfylleth, Wolves In The Throne Room… are spinning quite often these last weeks.
11.What are some of your non musical interests?
I’d like to say that I’m interested in many things, but unfortunately (and I’m quite sure you know what I mean), I miss time.  Beside my regular jobs and family, I spend a lot of time working for the band, for AZ Live (organising events), or writing for metal magazines.
12.Before we wrap up this interview, do you have any final words or thoughts?
First of all, I’d like to thank you for this interview.  The bands are just a small part of the metal scene, and they would not exist without the support and interest of the press and fans.  So sincerely, thank you all !  Dooooom on !

Posted by OccultBlackMetal at 7:49 PM No comments: 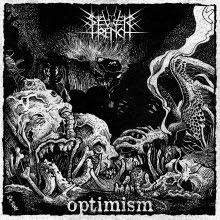 Sewer  Trench  plays  a  musical  style  that  is  mostly  rooted  in  crust  and  grindcore  while  the  death  and  black  metal  elements  makes  the  music  stand  out  a  lot  more,  the  production  sounds  very  professional  while  the  lyrics  cover  dark,  violent  and  humorous  themes. 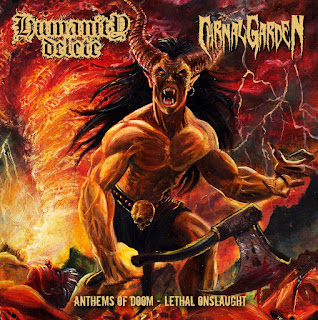 Throughout  their  side  of  the  recording  you  can  also  hear  a  great  mixture  of  slow,  mid  paced  and  fast  parts  while  one  track  also  brings  in  a  brief  use  of  spoken  word  parts  along  with  the  music  always  remaining  very  heavy  as  well  as  some  melodic  guitar  leads  being  added  onto  the  closing  track,  the  production  sounds  very  professional  while  the  lyrics  cover  horror,  society  and  environment  themes. 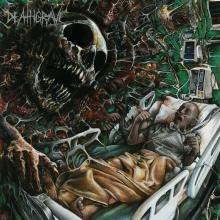 Deathgrave  plays  a  musical  style  that  takes  death  metal,  grindcore  and  punk  and  mixes  them  together  to  create  a  sound  of  their  own,  the  production  sounds  very  professional  while  the  lyrics  cover  gore  and  violence  themes. 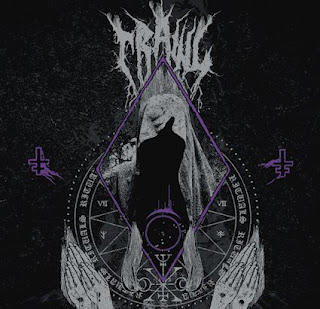 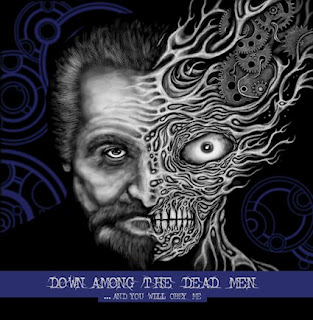 Posted by OccultBlackMetal at 4:39 PM No comments: