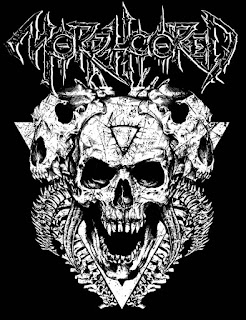 We are Old School Death Metal band/project,started first as one man project (Me,Bojan, Guitar,Bass) than after,expanded first with Conny Pettersson on drums (as session drummer) and lastly with Ivan Kovacevic Kova on vocals.

2.You have an album coming out in March, how would you describe the musical sound that is presented on the recording?

Well,as I said first,it is Old School Death Metal,so it have mainly all ingredients what we have learned from Old School, I would say the sound would be like Bolt Thrower mixed with Swedish Death Metal and also with stuff like Six Feet Under, maybe some old Carcass too.

Lyrics on this album are written first about Nephilim in todays world (all artistically expressed of course) also Illuminati, humans ignorance and how it's been manipulated with people and lastly how they are all unconsciously running into self destruction.

4.What is the meaning and inspiration behind the name 'Morphcored'?

The name,to be honest,is just a name I came with long time ago,it popped out once and ever since then it was sitting at the back of my head, I tried many band names (I had some good ones ;) but this one kept coming back,so I decided to name it like that, however, I think it sounded good and it's just ultimate presentation of music that we play. (by that I mean it allow us to slow down of speed up the tempo and sound safely)

5.Originally the band was a solo project, what was the decision behind adding other members?

Generally, because I like to work with people and I think that Chemistry and Collaboration is very important when making record, that can be felt.
Being a Solo project I would say, was just a necessary evil.

6.Has the band done any live shows or has this been a studio project so far?

So far, unfortunately is just a studio project, never have done any live shows with this one, but I would really love to,and definitely will strive towards that.

7.The new album is coming out on 'CDN Records', are you happy with the support that they have given you so far?

So far, extremely happy, I can see they are really trying to promote us as much as possible, I would thank them for that and also Black Element who is also spreading the word. I know, now days, there is lots of new bands and names,combined with internet that gives you a hard time convincing people what's good and what better.

8.On a worldwide level how has the feedback been to your music by fans of thrash, death metal and grindcore?

Great so far,what so ever excellent, but I would like to see more and more people coming back to Old School Death Metal just because most energy and the original idea of Death Metal lie down there. As for Morphcored music I can say,it is sitting in between all those genres, so doesn't matter thrash,death,grindcore etc... they can all find something for them self there.

Well,musically, it stays, of course Old School Death Metal but I would say it will have also more faster pace, the ideas piles up, hard to say how would exactly sound, but lots of good stuff is coming on my mind.

As a kid I grow up with bands like Carcass, Gorefest, Napalm Death, Bolt Thrower, C. Corpse,etc... so I would say influences are very straight forward, and now days I listen to lots stuff and genres, anything that I find interesting, I would say lately bands like Svart Crown, Nasum, Wolfbrigade also Misery Index,etc...
and It could always range from Obituary to Cryptopsy :)

Nothing too special, just hanging out with friends, going on concerts and spending time with family.

I would like to thank everybody who supports Morphcored and also you guys for inviting me for this interview, and to all fans and generally all Metalheads:
"Stay true to your Metal and keep fighting for it"  Horns Up \m/

Posted by OccultBlackMetal at 6:38 PM No comments: 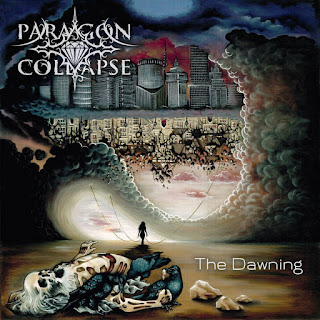 Clean  playing  starts  off  the  album  while  stringed  instruments  can  also  be  heard  briefly  before  going  into  a  heavier  doom  metal  direction  along  with  all  of  the  musical  instruments  having  a  very  powerful  sound  to  them  and  the  female  vocals  add  in  elements  of  goth  metal  as  well  as  the  music  alternating  between  both  clean  and  heavy  parts.

Paragon  Collapse  plays  a  style  of  atmospheric  doom  metal  that  is very  progressive  and  goes  back  to  the  90's  era  when  bands  like  Anathema,  My  Dying  Bride  and  The  Gathering  moved  away  from  the  harsh  vocals,  the  production  sounds very  professional  while  the  lyrics  cover  depression,  madness,  love,  suicide  and  mental  struggles. 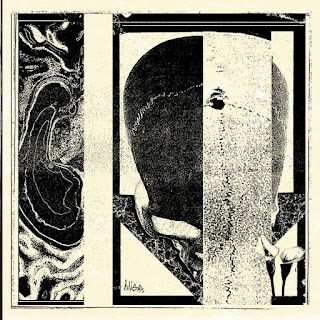 Elements  of  noise  start  off  the  album  before  going  into a   very  fast  and  brutal  direction  which  also  uses  a  great  amount  of  blast  beats  and  grindcore  elements  along  with  the  vocals  also  bringing  in  a  mixture  of  hardcore  style  shouts,  screams  and  death  metal  growls  while  spoken  word  parts  are  also  used  briefly. 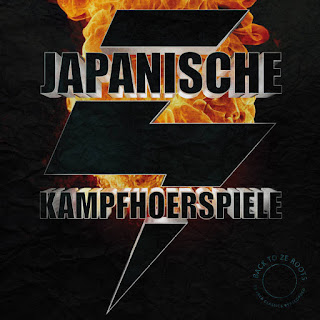 Japanische  Kampfhorspiele  plays  a  musical  style  that  is  mostly  rooted  in  grindcore  and  crust  punk  while  also  mixing  in  elements  of  technical  death  metal  at  times,  the  production  sounds  very  professional  while  the  lyrics  are  written  in  German  and  cover  ironical,  social  and  political  commentary  themes. 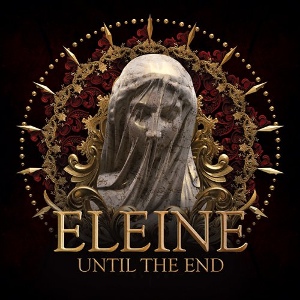 Symphonic  and  epic  sounding  keyboards  start  off  the  album  and  also  mixes  in  with  the  heavier  sections  of  the  songs  while  the  female  vocals  also  mix  in  elements  of  operatic  and  goth  metal  along  with  some  death  metal  growls  also  being  utilized  at  times  and  all  of  the  musical  instruments  have  a  very  powerful  sound  to  them.

Eleine  plays  a  musical  style  that  is  mostly  rooted  in  symphonic  metal  while  elements  of  goth  and  death  metal  are  also  utilized  at  times,  the  production  sounds  very  professional  while  the  lyrics  cover  death,  life  and  religion  themes. 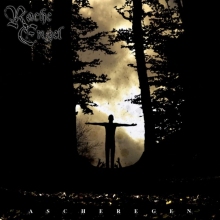 RacheEngel  plays  a  musical  style  that  takes  death,  goth,  doom  and  power  metal  and  mixes  them  together  to  create  a  sound  of  his  own,  the  production  sounds  very  professional  for  being  a  self  released  recording  while  the  lyrics  are  written  in  German  and  cover  horror,  fantasy,  philosophy,  religion  and  history  themes.

Posted by OccultBlackMetal at 3:26 PM No comments: 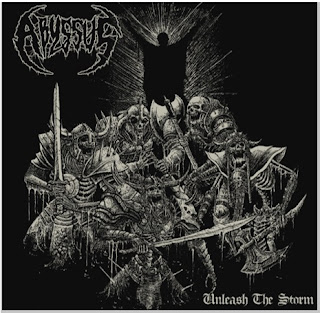 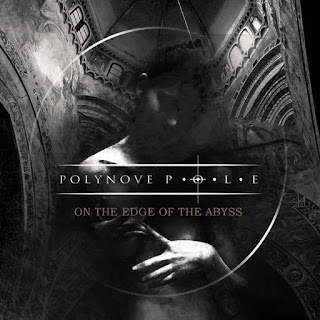 Polynove  Pole  plays  a  musical  style that  takes  goth,  doom  and  death  metal  and  mixes  them  together  to  create  a  sound  of  their  own,  the  production  sounds  very  professional  for  being  a  self  released  recording  while  the  lyrics  are  written  in  Ukrainian  and  cover  philosophy,  mysticism  and  dark  romanticism  themes.

Posted by OccultBlackMetal at 8:51 PM No comments: 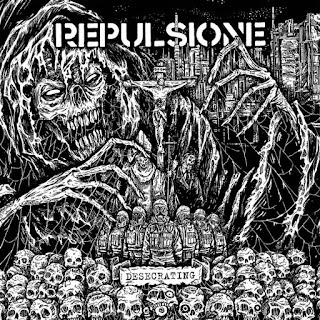 Dark  soundscapes  start  off  the  album  before  going  into  a  very  fast  and  brutal  grindcore  direction  which  also  uses  a  great  amount  of  blast  beats  while  the  vocals  are  a  mixture  of  guttural  death  metal  growls  and  high  pitched  screams  along  with  the  mid  tempo  sections  of  the  songs  mixing  in  elements  of  power  violence.

Repulsione  plays  a  musical  style  that  takes  grindcore  and  power  violence  and  mixes  them  together  to  create  a  sound  of t heir  own,  the  production  sounds  very  professional  while  the  lyrics  cover  violent  and  angry  themes. 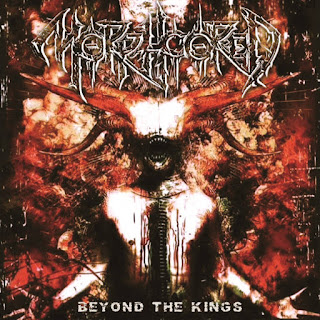 A  sci-fi  orientated  intro  starts  off  the  album  before  going  into  a  heavier  direction  which  also  introduces  melodic  guitar  leads  onto  the  recording  and  after  awhile  the  music  starts  mixing  in  elements  of  thrash  and  grindcore  along  with  some  touches  of  early  90's  era  death  metal  and  the  vocals  bring  in  a  mixture  of  growls  and  screams.

Morpchored  plays  a  musical  style  that  takes  thrash,  death  metal,  grind  and  noisecore  and  mixes  them  together  to  create  a  sound  of  their  own,  the  production  sounds  very  professional  while  the  lyrics  cover  violent  and  angry  themes. 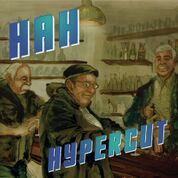 Aggressive  drumming  along  with  some  heavy  riffing  and  underground  electronic  music  elements  start  off  the  album  before  going  into  a  very  fast  and  brutal  grindcore  direction  which  also  uses  a  mixture  of  hardcore  style  vocals  and  death  metal  growls  as  well  as  all  of  the  musical  instruments  sounding  very  powerful.

Posted by OccultBlackMetal at 1:49 PM No comments: