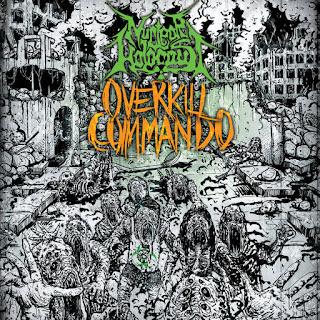 Nuclear  Holocaust  plays  a  musical  style  that  is  mostly rooted  in  old  school  grindcore  which  they  also  mix  in  with  some  elements  of  crust  and  death  metal  to  create  some  very  raw  and  brutal  music,  the  production  sounds  very  professional  while  the  lyrics  cover  nuclear,  death,  Satanism  and  Armageddon  themes.