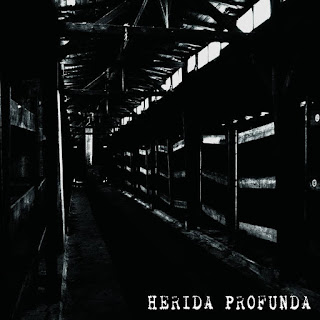 Herida  Profunda  plays  a  very  heavy  and  raw  musical  style  that  mixes  in  crust  and  hardcore  in  with  the  heaviness  and  speed  of  grindcore  to  create  a  sound  of t heir  own,  the  production  sounds  very  powerful  while  the  lyrics  are  written  in  Polish  and  cover  violent,  hateful  and  political  themes.

Posted by OccultBlackMetal at 10:24 PM