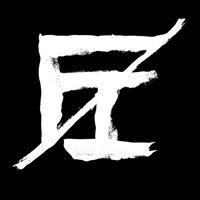 1.For those that have never heard of you before, can you tell us a little bit about the band?
We are a hardcore band from Providence, RI. We've been around for 2 years now.

2.How would you describe your musical sound?
Fast and angry hardcore.

3.What are some of the lyrical topics and subjects the band explores with the music?
Alexis hates himself and the world around him.

4.What is the meaning and inspiration behind the name 'Fucking Invincible '?
It was a nod to The Swarm, one of our favorite bands. In retrospect, we should have taken more than 2 minutes to choose a name.

5.What are some of the best shows the band has played over the years and also how would you describe your stage performance?
We played in Providence with Left for Dead and Dropdead and that was pretty cool. As for our stage performance, we just set up our gear, turn it on and blast through our set.

6.Do you have any touring or show plans for the future?
We play shows whenever we can, usually 1-2 a month. Touring is a bit tougher due to our personal lives but we will tour when we can. We have done 3 short tours in the States thus far. Next year we'll have a little extra time to work with.

7.The new album was released on Atomic Action and Reflections, can you tell us a little bit more about these labels?
Atomic Action is run by our friend Brian. He's been going to shows and putting out hardcore records since the 80's. He's been putting out a lot of cool bands lately. He's very supportive of his bands and we're very happy to be working with him on our releases. Reflections is new for us. With shipping costs being so high to Europe we thought it would be smart to press the record over there. Bjorn from Rise & Fall suggested we contact Johan. I sent him our stuff and he seemed very genuinely excited about working with us. These days he's been putting out faster/darker/heavier stuff so I think we fit in nicely on the label.

8.On a worldwide level how has the feedback been to your music by fans of grind and crust?
So far, so good. There's been some positive reviews on the records.

10.Where do you see the band heading into musically during the future?
I don't see us deviating from the initial plan. Fast and angry.

11.What are some of the bands or musical styles that have had an influence on your music and also what are you listening to nowadays?
Our initial influences were Left for Dead/The Swarm, Crudos, Infest, Crossed Out, Hatchetface, Poison Idea, etc. Nowadays we listen to all sorts of stuff. We argue about music constantly. We all generally like the same hardcore and punk bands though.

12.What are some of your non musical interests?
Fantasy Hockey and the search for the best Whole Foods Market.

13.Before we wrap up this interview, do you have any final words or thoughts?
We're working with Brian from Atomic Action on a 7" compilation of bands from our area that we like and have been playing with a lot. Wokling, Symptom, World is Shit and Cleansing Wave are going to be on it. It's going to be sick, look out for it next year sometime.
Posted by OccultBlackMetal at 2:42 PM