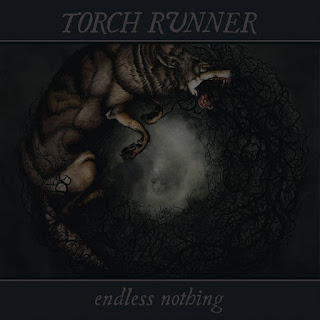 Torch  Runner  takes  their  musical  direction  into  a  more  brutal  style  of  crust/grind  with  this  recording  and  the  album  is  very  heavy  and  aggressive  from  beginning  to  end  of  the  album,  the  production  sounds  very  professional  while  the  lyrics  cover  violent  and  hateful  themes.

Posted by OccultBlackMetal at 6:30 PM