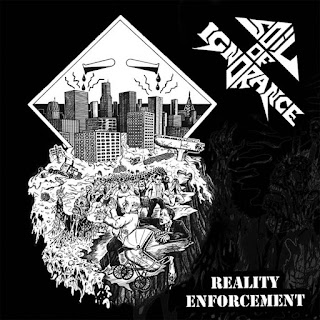 In  my  opinion  this  is  another  great  sounding  recording  from  Soil  Of  Ignorance  and  if  you  are  a  fan  of  grindcore  and  power  violence,  you  should  check  out  there  side  of  the  split.  RECOMMENDED  TRACKS  INCLUDE  "Reality  Enforcement"  and  "Downfall  Existence".